The simple view is that you should avoid any debt, and if you can’t avoid it, you should pay it off ASAP.

That’s a good attitude to have, and there’s nothing wrong with it.

There is another school of thought though which is even better at creating wealth. There is such a thing as ‘good’ debt, and this should be used whenever possible.

‘Good’ debt is any debt that, while it’s still a debt, costs you less to have than you make by having it.

The money you borrowed gives you what the financial world calls ‘leverage’.

The critical thing to remember here is that it’s only a ‘good’ debt if it makes you money. Any debt that costs more than it lets you make is a typical ‘bad’ debt. So pay attention to interest, charges, costs, the tax you’ll have to pay on what you make, etc.

If you’re not completely sure that a debt will be ‘good’, you should assume it’s ‘bad’ and avoid it.

Borrowing money for leverage is riskier than doing nothing. When it works, you’ll make money. When you’re wrong about it being ‘good’, you’ll lose money.

So don’t do this with anything you’re not sure will be ‘good’, and don’t get in over your head. If in doubt, play it safe and don’t borrow.

However, if you are sure, but you could cope with being wrong, then you’ll make more money on average if you use leverage.

Leverage is so-called because it acts like a ‘force-multiplier’ for your money, like a lever does for physical force.

If the investment is beneficial enough compared to the costs of the leverage, then you’ll make more money because you can invest more.

On the other hand, if the investment doesn’t work out, then you’ll lose more money because you invested more and you have the costs of the leverage.

So it’s a tool to be used wisely. 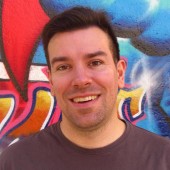 I'm a games designer, a tabletop games publisher, and a geek. I am not a certified financial adviser, doctor, or anything like that. Assume that all articles by me are based on actual research and sound principles, but are general tools and advice. They are not specific to you or your personal situation. So, make sure you understand what I'm saying and consult a qualified expert before doing anything risky.